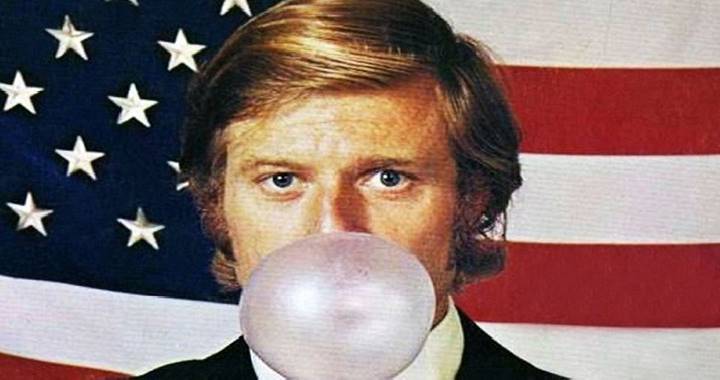 What Is Your Candidate Really For?

The midterm elections are still six months away, but both here in North Carolina and across the country the airwaves — or should I say fiber-optic networks — are full of advertisementssupporting one candidate or the other. That’s not technically correct, either. The advertisements are more about why you should vote against a candidate than for him or her. Most of the ads vilify either President Obama, who isn’t running for office, or the Koch brothers, who, to my knowledge, don’t intend to run for office.

Much has been written in the last week about the recent Supreme Court decisionMcCutcheon v. Federal Election Commission, which removes the aggregate contribution limit for individual contributors. Whatever your position on the influence of money on our political system, the decision itself should come as no surprise. Given public apathy, the decision will probably remain with us for quite some time. Fortunately, most TVs and radios have mute buttons; no one can force you to watch or listen to the virulence. And so far the Supreme Court hasn’t done away with our right to a secret ballot.

So when the curtain is drawn on Election Day, you can tune out all those ads cajoling you to vote against someone or some policy that someone doesn’t like, and tune out all those demands from your employer or the union steward or your preacher to cast your ballot a certain way, and vote confidently for the candidate of your choice. But just how confident areyou? Do you really know the candidates’ positions on issues you care about? How much do you know about their ethics and abilities? Do you really trust them to represent you? If we can’t answer those questions, we have failed in our primary responsibility and duty as citizens in a democracy to cast an educated vote, not one based on slogans and sound bites. We have no room to criticize money’s influence on politics, Congressional ineptitude or the political parties unless we have researched the person we pull the lever for and know what they say they will stand for if elected. There is no ballot I know of that allows you to simply vote against a member of Congress.

Some people are single-issue voters. For them, it’s sufficient to simply know where the candidate stands on their specific issue, be it legalization of marijuana, abortion orObamacare. And that’s their right. But for most of us, many issues are important; we should want to understand a candidate’s position on a variety of issues. Most of us also believe that what’s best for the country should trump partisan politics. We should know, therefore, whether our candidate is so beholden to his party or his donors that he will toe their doctrine, despite the needs or well-being of the nation.

Let’s look at education. It’s not enough to hear, “I’m for quality education for all our nation’s children,” without specifics. If you’re satisfied with such meaningless verbiage, you’ve flunked Civics 101.

I also use education as an example because public education in America is in a state of crisis, and while we read of wonderful experiments going on in cities like New Orleans, they are just that: experiments affecting very few students. The overall quality of public education across the country has deteriorated to the point where we are ranked in the middle of the pack in the world, far below Finland and just above Lithuania. It isn’t enough to parrot “I support quality education.” We need to know how committed the candidate is to endorsing policies that will reverse this trend. I think we should dedicate our tax dollars to rebuilding our schools so that children aren’t educated in trailers; we should update technology and other resources to create state-of-the-art schools; we should teach more than reading, science, math and how to take standardized tests. STEM iscertainly important, but arts, foreign languages, history, life skills and civics should be available and taught to every student in America, too.

That’s my opinion, anyway. What do you think? Maybe you don’t think public education affects you. You don’t have kids—why should you care about education? Are you aware that our public schools provide the only stable life environment for many children? Public safety, nutrition, recreation opportunities and social workers are needed in every single school. Currently, corporate America pays employees at levels that require both parents to work to put food on the table. It must begin to accept partial responsibility for the reality of unstable homes and the cost of schools providing more than just the three Rs to our children. It’s nice when corporate CEO’s donate hundreds of millions to private colleges to build new buildings and increase endowments. I applaud their generosity: how nice those shiny new buildings will be for the few who can attend them! But corporate CEOs’ wealth is built partially on the backs of workers whose kids are floundering in public schools. Part of their wealth must come back to public education.

All this brings us back to your education. Ask your candidates for Congress what role they believe the federal government should have in public education. Find out how your candidate plans to pay for the massive influx of dollars needed to overhaul the system. What fair, balanced plan do they propose or support to reverse the negative trend? Lotteries or higher sales taxes only increase the burden on the poor and middle class. It seems to me that ending corporate loopholes, foreign tax havens and possibly raising the income tax for the wealthiest Americans may make better sense. But the real question is this: If your candidate doesn’t agree with my way of thinking, what specific, credible plan do they have?

And education is only one of many problems we need our leaders to address, so it is our responsibility is to find out where they stand on issues and what solutions they propose. I’m not talking about sound bites, or a 10-point plan read from a postcard or a meaningless slogan pasted on a billboard. Given that most politicians would rather disappear than give you a well-defined plan or position on any specific issue, or even a straight answer about the weather, you may find this a tough row to hoe. Nonetheless, whether the issue is privacy versus security, affordable medical care, the role of our nation in the world or criminal justice, it is our duty to do our homework and know why we are pulling the lever for a specific candidate.

I hope I’m preaching to the choir. I know that readers of The Clyde Fitch Report are intelligent, responsible citizens. If you think my words don’t apply to you, maybe it’s your work to educate others — your children, your friends, your colleagues. The Supreme Court has made it plain that if we don’t take our obligations and our principles seriously, our democracy will fall prey to the onslaught of Big Money.

My final bit of advice: don’t believe one word of a negative campaign ad. They have no place in your decision-making process. No candidate for Congress is really for “killing children.” None of them intend “to end Social Security or Medicare” or opposes “Family Values.” I have never heard a negative political ad that didn’t stretch the truth or mislead. An educated electorate is essential to democracy. Take the time. Ask the hard questions. Demand the answers. You and your children will be the better for it.