To Pardon Or Not To Pardon 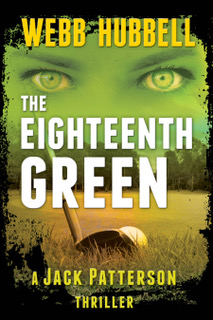 …he shall have Power to Grant Reprieves and Pardons for Offenses against the United States, except in Cases of Impeachment. — U.S. Constitution, Article II, Section 2(1).

I have several readers write in and ask about the latest Presidential Pardons. I know a little bit about the process or lack thereof since the Office of the Pardon Attorney at the Department of Justice used to report to me. Usually pardons and petitions for clemency are not decided by the President until the term of office is concluded for fear of criticism, but our current President appears immune to criticism.

I have always thought this presidential power is not used often enough, especially given that their are over 45,000 laws on the books that restrict the employment opportunities for convicted persons even though they have served their sentence.

Listening to the discussion about the latest pardons, I believe there are several misconceptions. A lot of commentators seem to think that the president’s pardon power should only be granted if there is a miscarriage of justice. And certainly if there is a miscarriage of justice I would hope any President would use his or her pardon power to remedy the miscarraige. But there is nothing in the Constitution that limits the pardon power in that fashion. In fact for some Presidents the pardon power was an act of mercy, and for a true act of mercy one cannot deserve a pardon otherwise it is not mercy but something deserved or earned. Distributing mercy is something we should applaud.

Of course, President’s are human and they may pardon someone for the wrong reason.  It might have happened now and then, but sometimes we all do thing for the wrong reason but the result is positive nonetheless. I think a pardon is one of those results that is seldom a bad thing regardless of the reason.

A pardon should be a cause for celebration not criticism for a life has been restored. I can only wish that all our Presidents will see this power as a tool for doing good and use it early and often.

What do you think?

It’s official my next novel will be available this fall. Amazon is already taking preorders at https://www.amazon.com/Eighteenth-Green-Jack-Patterson-Thriller/dp/0825308852/ref=sr_1_6?ie=UTF8&qid=1526571422&sr=8-6&keywords=webb+hubbell+books. Autographed copies will soon be available for pre-order at webbhubbell.com.

Here is a little preview:

Who was Harold Spencer?  All D.C. Lawyer Jack Patterson knew was that Spencer’s dead body had been found on the 18th Green of Columbia Country Club, cancelling Jack’s Saturday golf game.

Who is Rachel Goodman? Her name has been plastered on the front page of every newspaper in the country for weeks, branded as a thief of confidential information vital to U.S. National Security and a spy for Israel. Turns out she is also the daughter of Jack’s long-time friend and mentor, Ben Jennings.

Despite the opposition of his friends and clients, Jack feels compelled to defend Rachel. Jack and his team go to work against the Federal Government, the all-powerful military-industrial complex, most of the press and Congress, all of whom are convinced that Rachel is guilty and should receive the death penalty for her treason.

Clovis Jones, Jack’s long-time friend and confidante, is the victim of a vicious attack. The more Jack and his team dig, the more complicated and dangerous their work becomes. Even a volunteer group of Navy SEALs may not be enough protection. Who will be next?

Jack and his team discover the key to Rachel’s exoneration lies with Harold Spencer, the man found dead on the eighteenth green. Jack rushes to discover who killed Spencer and why, but Spencer’s murderer has now trained his sights on Jack, and will stop at nothing to prevent Jack from discovering why Rachel told him, “all is not as it seems.”

I hope y’all are as excited as I am. I will keep you posted.

Speaking Opportunities: In 2017, my calendar was filled with speaking engagements around the country. I spoke to law schools about special prosecutors, at churches about the life changing and spiritual experience of spending time in prison, to civic organizations about the importance of organ donation, to business groups and colleges about My Journey Without Maps, and literary and library groups about writing novels.  Contact me at [email protected] to arrange for me to speak to your organization or institution. I also love to talk to book clubs and community groups in the Charlotte area where I live.

Books: There are still plenty of copies available for purchase of the award-winning Jack Patterson Thrillers, including A Game of Inches. They are available for birthdays, thank you gifts, and just to be nice presents. Autographed copies are available at my website, webbhubbell.com.  Amazon and Barnes & Noble are also selling hard copies and eVersions, and local independent bookstores either have them in stock or can get books from my publisher, Beaufort Books. If your favorite bookstore has run out, ask them to order your books today.

Questions: Please use the comments section of this website to ask questions or make a comment. I see them all and will try to respond to any reasonable question.

Until my next post all the very best. Webb