By going to http://webbhubbell.com/books-by-webb-hubbell-when-men-betray/ you can preorder your personalized autographed copies of Ginger Snaps the second legal thriller in the Jack Patterson series.

Once again, Jack is pulled back to Little Rock, his boyhood home to help his wife’s friend colleague at NIH who is busted for growing a garden full of marijuana plants. Before he knows it Jack is up to his ears with allegations of terrorism against his wife’s friend, and the looming presence of illicit sex trade in his hometown. You won’t want to miss this fast paced thriller that pits his motley crew of Maggie, Micki, and Clovis against the U.S. Attorney’s office and an unknown enemy whose always a step ahead of Jack and his team. 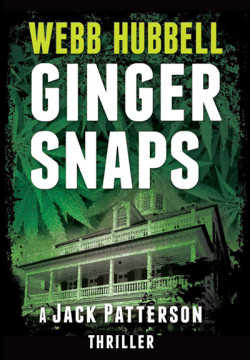