Christmas Magic For That Special Someone In Your Life — “Ginger Snaps”

Webb Hubbell’s Novels, When Men Betray and Ginger Snaps, are the perfect stocking stuffers for Christmas! Free shipping for signed first edition copies at webbhubbell.com. It’s not too late to get your copies before Christmas.

Imagine curling up with a good book, a cup of “special spice” hot tea, and a plate full of Liz Stewart’s “spiced” Ginger Snaps in front of the fireplace.

Your special someone never read a Jack Patterson thriller? Start him/her off with When Men Betray. The only problem is he/she won’t want to put it down.

The most recent five star review at Amazon explains why:

“I have lived in the South; I have lived and worked in Virginia and DC. Even knowing what I think I know, this book kept me entranced, interested, filled with wonderment. I enjoy legal type books (and this one has its share of legal jargon) and I would recommend it to believers of either party or to someone who has lived in Mid-America all their life and didn’t even know what I meant by ‘inside the Beltway’…… every reader I’ve ever met likes intrigue, suspense, thrills and mystery and this book gives you some of each and then some.” 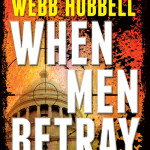 Want to hear more about Webb Hubbell’s fascinating and multi-faceted life. Go to BizTalk radio and listen to the one-hour interview of Webb by Jim Campbell. He answers lots of questions including some he has declined to discuss before now. He discusses writing his first book, Friends In High Places, that has been recently been reissued in paperback and ebook format by Beaufort Books.

Already read When Men Betray and Ginger Snaps and can’t wait to read the next in the series of Jack Patterson Thrillers? Your wait is almost over. Both Amazon and Barnes and Noble are taking preorders for the next exciting thriller, A Game of Inches, published by Beaufort Books. You can also preorder personalized autographed copies in January, 2016 at webbhubbell.com. Here’s a sneak peak: 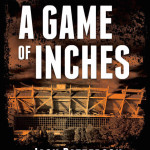 “Billy Hopper’s life is pretty damn good.  He’s a wide receiver for the Los Angeles Lobos and he’s just been named Rookie of the Year.  But he’s about to lose it all. On a frigid March morning at the Mayflower Hotel in Washington, D.C., Billy wakes up to find that he’s been sleeping with a dead girl.  And now he’s got her blood on his hands―literally.  But he’s also got Jack Patterson: a D.C. lawyer who’s determined to get to the bottom of the murder and prove Billy’s innocence. There’s only one problem. They’re at war with a powerful, sinister man, and the people closest to Jack are in the line of fire. Can Jack and his team solve this case before his family pays the ultimate price?  This latest Jack Patterson thriller exposes the underbelly of the NFL and the role of big money in shady D.C. politics. Believe it or not, murder is just the tip of the iceberg.”

I hope everyone has a very Merry Christmas and a Happy Holiday Season!