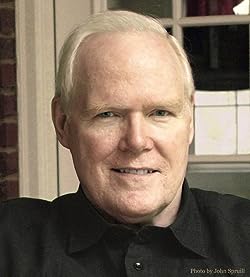 Steven Spruill, noted author of Ice Men, Daughter of Darkness, and Sleeper recently reviewed the next Jack Patterson Thriller, A Game of Inches, and here is what he had to say,

“A GAME OF INCHES” is a first-rate legal thriller.  Author Webb Hubbell brings back the charming and intrepid Jack Patterson for his most dangerous case yet.  A standout NFL receiver has been charged with the gruesome murder of a young mystery woman in his locked hotel room—an act for which the popular player has no memory.  Drawn into the case by his old friend, a judge who mentored the player when he was young, Jack soon finds himself a target of an elusive assassin.  He calls on old friends and colleagues for help as the mystery deepens and the forces arrayed against him and his client prove even more powerful and resourceful than Jack had feared.  As the trial draws near, Jack must disappear or risk death.  The suspense tightens with each page, as Jack battles for a client no one believes—and for a larger cause he uncovers shrouded in the player’s shadowy past.  Author Hubbell writes with consummate skill.  He knows how to make your senses come alive and your heart beat faster.  In “A Game of Inches,” he immerses the reader in the Washington intrigues Mr. Hubbell knows better than any other novelist.  I found myself rooting hard for the amiable Jack Patterson, whose best weapon is the modesty that lures his enemies into selling him short.  The greatest joy of this fast-paced, gripping novel is its unforgettable characters.  Webb Hubbell delivers the goods! Spending time with Jack Patterson has become my favorite escape—I can’t wait for the next novel!”

Thank you Steve for your kind words and willingness to read the book ahead of publication date.

A Game of Inches (Beaufort Books, June, 2016) can be preorder now at Amazon, Barnes and Noble or your local independent bookstore. Publication date is set for June 20, 2016.

You may also order an autographed copy of A Game of Inches at webbhubbell.com.